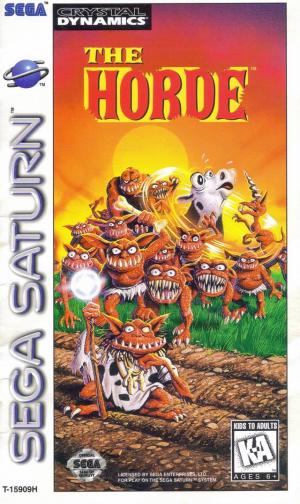 The Horde is a hybrid action-strategy video game that was originally released on the 3DO platform, but was soon after ported to the Sega Saturn and MS-DOS. It was an unusual hybrid of action and strategy game for the time. It also featured full-motion video sequences featuring a number of actors including Kirk Cameron as Chauncey and Michael Gregory as Kronus Maelor. Video sequences were reduced to slideshows (with full sound) in some versions.