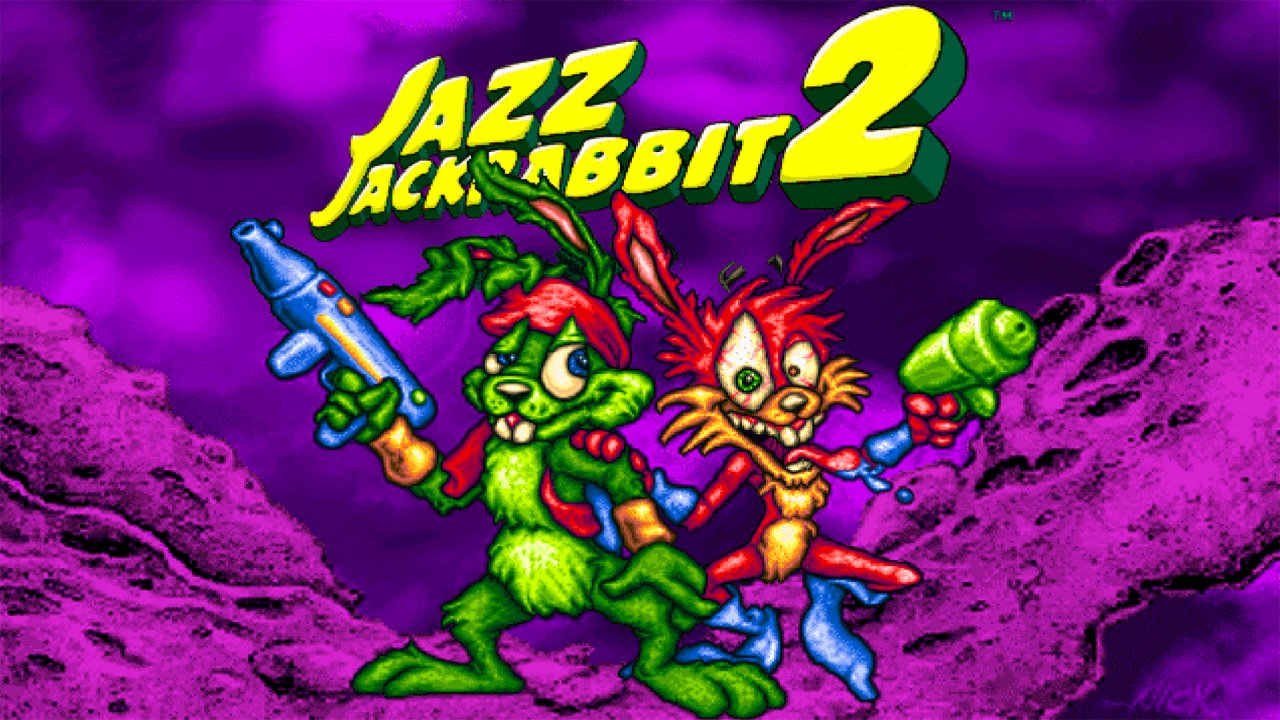 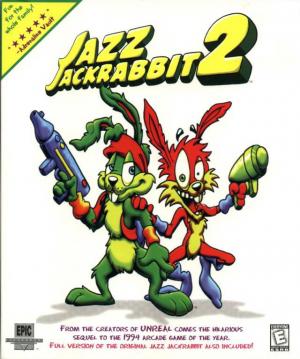 Jazz the jackrabbit was just about to marry his girlfriend Eva Earlong, when his arch-nemesis, the turtle Devan Shell, stole the wedding ring. To add insult to injury, Eva's hostile mother has locked Jazz and his brother Spaz in a dungeon. The two hares must escape, retrieve the precious jewel, and punish Devan for his evil deeds. Like its predecessor, Jazz Jackrabbit 2 is a platform shooter. Unlike the previous installment, the sequel allows the player to control Spaz as well. Jazz retains his ability to hover in the air by using his ears, and Spaz can stomp and smash enemies. The hares use a default blaster gun with unlimited ammunition and can later acquire more powerful weapons, a few of which (e.g. a freezing gun) were not found in the first game. Coins can be found throughout the stages and then given to vendors to access bonus areas. The party mode allows up to four players to use the same computer with split-screen, or up to eight players to compete on two screens via modem. The level editor JCS (Jazz Creation Station) is also included in the game. 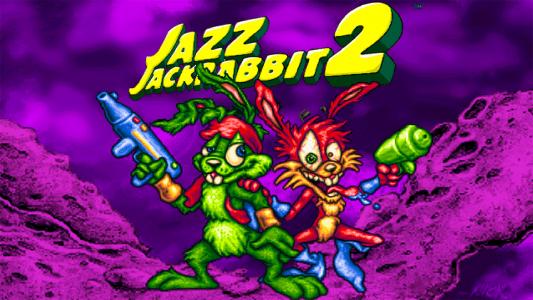 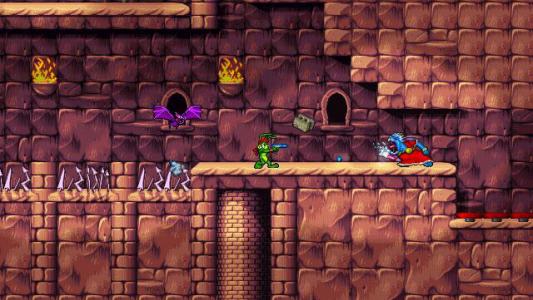