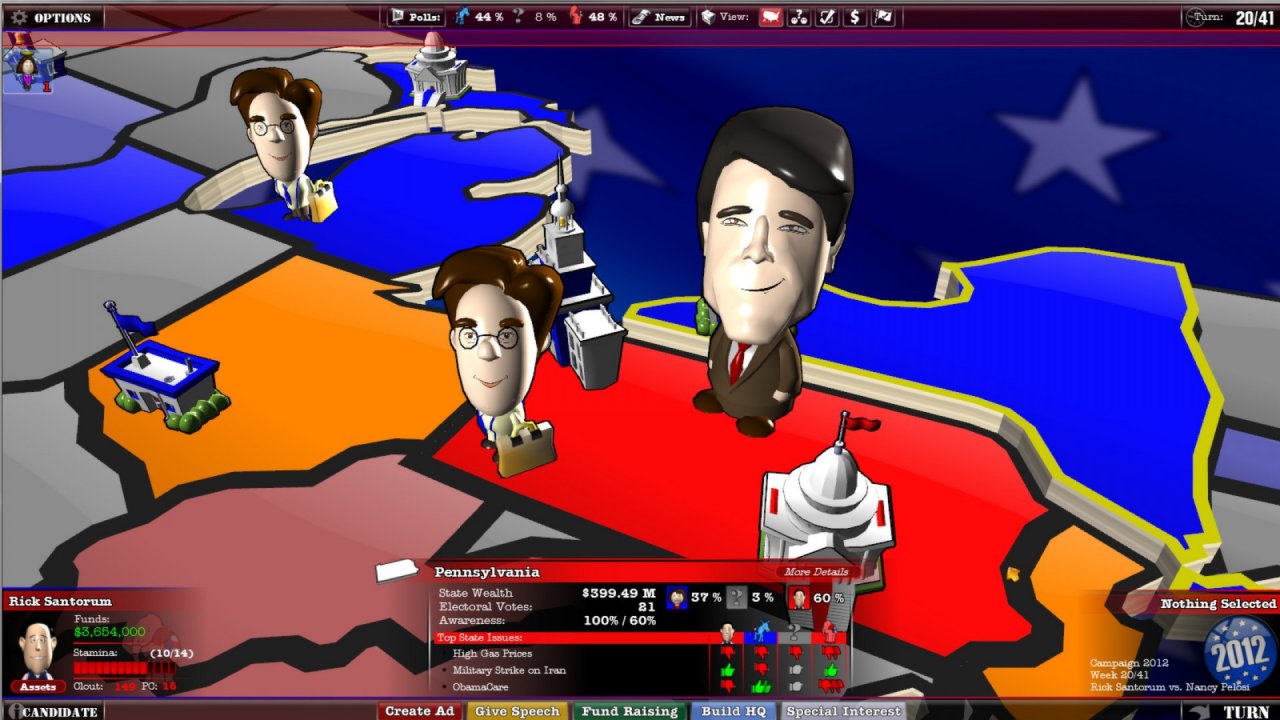 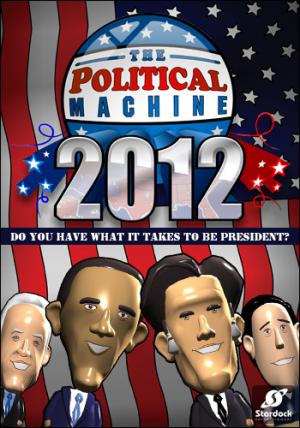 Do you have what it takes to be president? Play as more than 20 candidates including Barack Obama, Mitt Romney, Rick Santorum, Ron Paul, Newt Gingrich or create your own candidate from scratch. Players take to the campaign trail against a computer controlled opponent or a human challenger over the Internet. The goal: win the hearts and minds of America’s voters to achieve victory in the 2012 presidential election. The Political Machine 2012 features updated political topics from across the United States. Issues such as Afghanistan, the economy, Obamacare, income inequality, gay marriage, and the national debt have been integrated into the game’s election database. Regional issues require the candidate to walk a tight rope between appealing to the widest range of voters and appearing to “flip flop.” 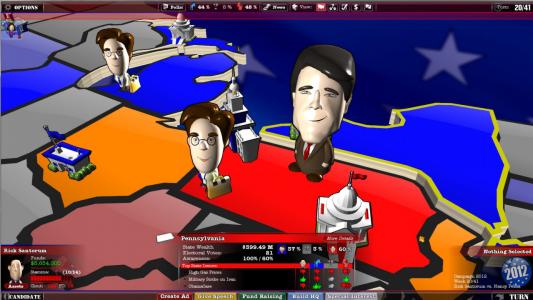