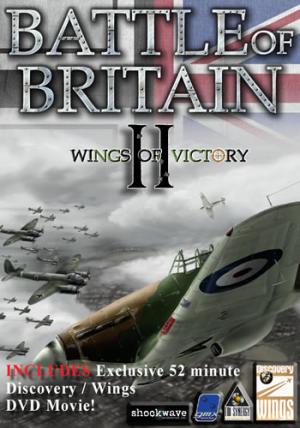 Battle of Britain II: Wings of Victory simulates the struggle of air warfare over the deadly skies of Britain during July 1940 to September 1940. Options allow playing the game at a strategic role such as supreme air commander controlling at your disposal all of the RAF or Luftwaffe resources at the map campaign level. If fighter pilot instant action is prefer you can also jump into the cockpit of a RAF Spitfire or Luftwaffe Messerschmitt along with many other great airplanes of the Battle of Britain.