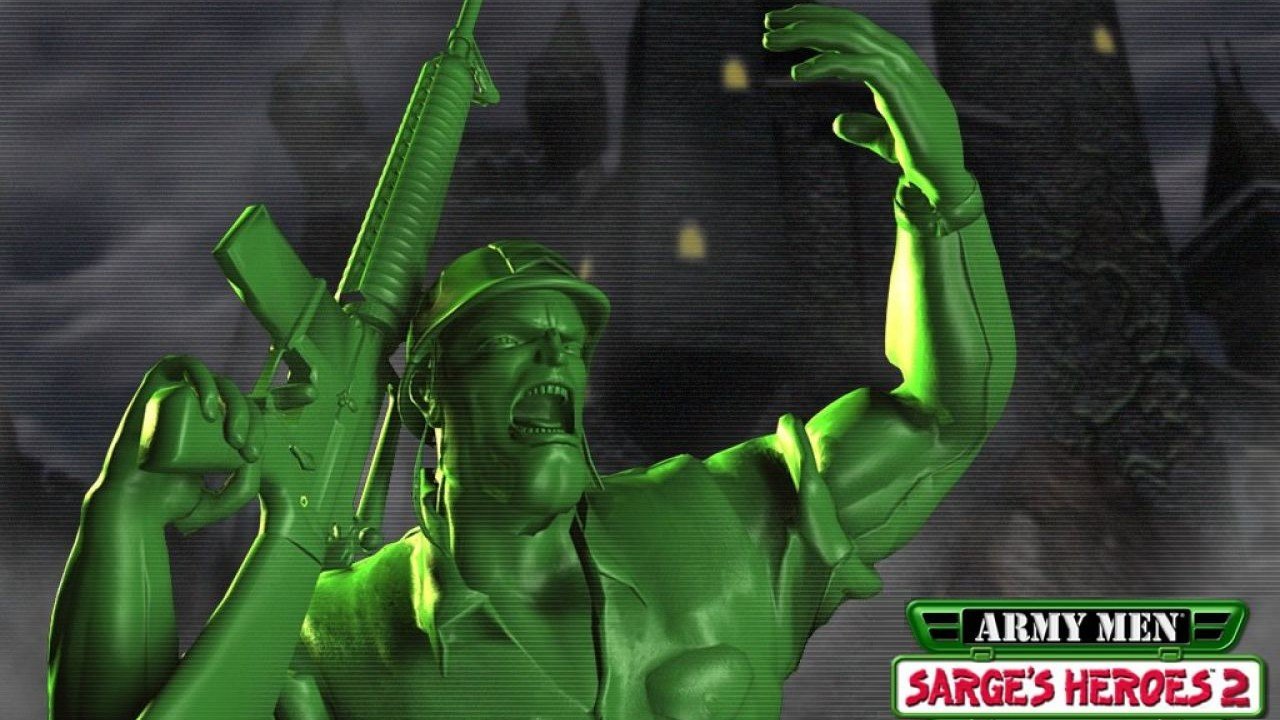 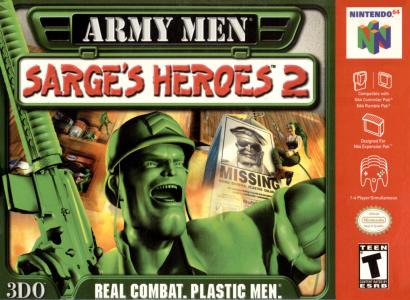 The boys are back and ready to do battle! Sarge and the Bravo Company Commandos managed to foil the Tan Army's first assault, but do they have what it takes this time? General Plastro has teamed up with Brigitte Bleu, a diabolically treacherous Blue Spy, to destroy the Green Nation once and for all. The adventure continues as Sarge and Vikki fight their way over pool tables, under beds and across desktops to the final showdown against Plastro and his troops. Prepare for another gigantic battle! It's Real Combat. Plastic Men. • Missions include a refrigerator, pinball machine and a toy store showdown! • New worlds, new weapons and new characters! • Interactive environments and incredible detail bring "their world" into "our world!" 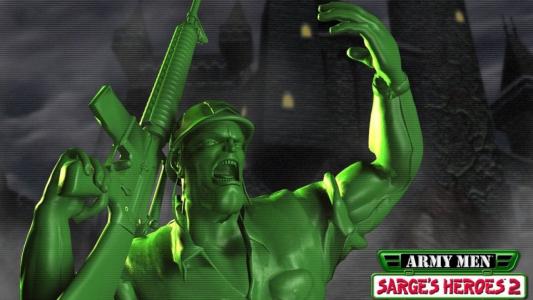 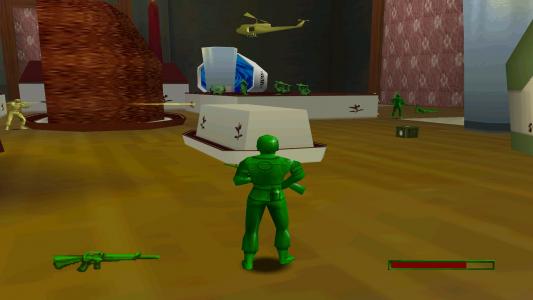