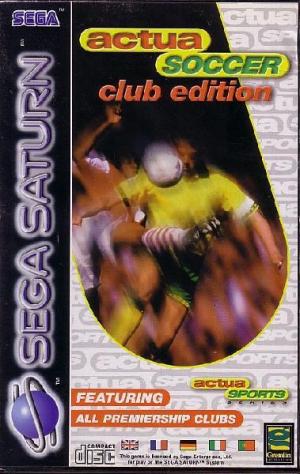 Actua Soccer Club Edition is a re-edition of Actua Soccer, released with the 20 teams of the English Premiership instead of international competitions. New commentary was recorded and some Premiership historical data was included. All remaining aspects of the game were unchanged or just tweaked. The rest of the game is well known to fans of the genre - it was the first fully polygonal football game on the market, which allowed an unprecedented graphical realism and (technically) unlimited camera angles.