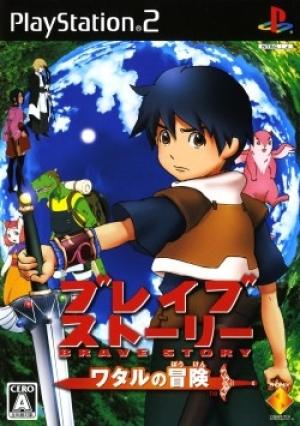 Brave Story is a Japanese fantasy novel written by Miyuki Miyabe. It was serialized in various regional newspapers between November 11, 1999 and February 13, 2001, before being published in two hardcover volumes by Kadokawa Shoten in March 2003. The story of the novel follows 5th Grade student Wataru Mitani as he stumbles upon "Vision", a fantasy world, after his parents divorce and his mother attempts suicide. The novel is available in the English language by Viz Media. An animated film adaptation of Brave Story was produced by Gonzo.[21] Directed by Koichi Chigira and produced by Daisuke Sekiguchi, Hiroyoshi Koiwai and Koji Kajita, Warner Bros. released it in Japanese cinemas July 8, 2006. Wataru, a young Japanese boy, learns of a door that leads to a land where there exists a sorceress capable of granting him a single wish. Lucky Wataru found this door today, as his parents have just revealed to him their divorce plans! Wataru enters the door and begins his quest to find the sorceress. Unlike the PSP title, a traditional menu-based RPG, the PS2 adaptation is an action game. You directly control Wataru, facing off against enemies in forests, deserts and other environments pulled from the movie. You can make Wataru attack with his sword, perform a combo attack, jump, defend, and lock on to specific enemies for easy targeting. Wataru gains magical gems throughout his adventure, giving him special powers, such as the ability to break through rocks and perform special attacks. Wataru also gains allies throughout his quest, who can be called briefly into battle.