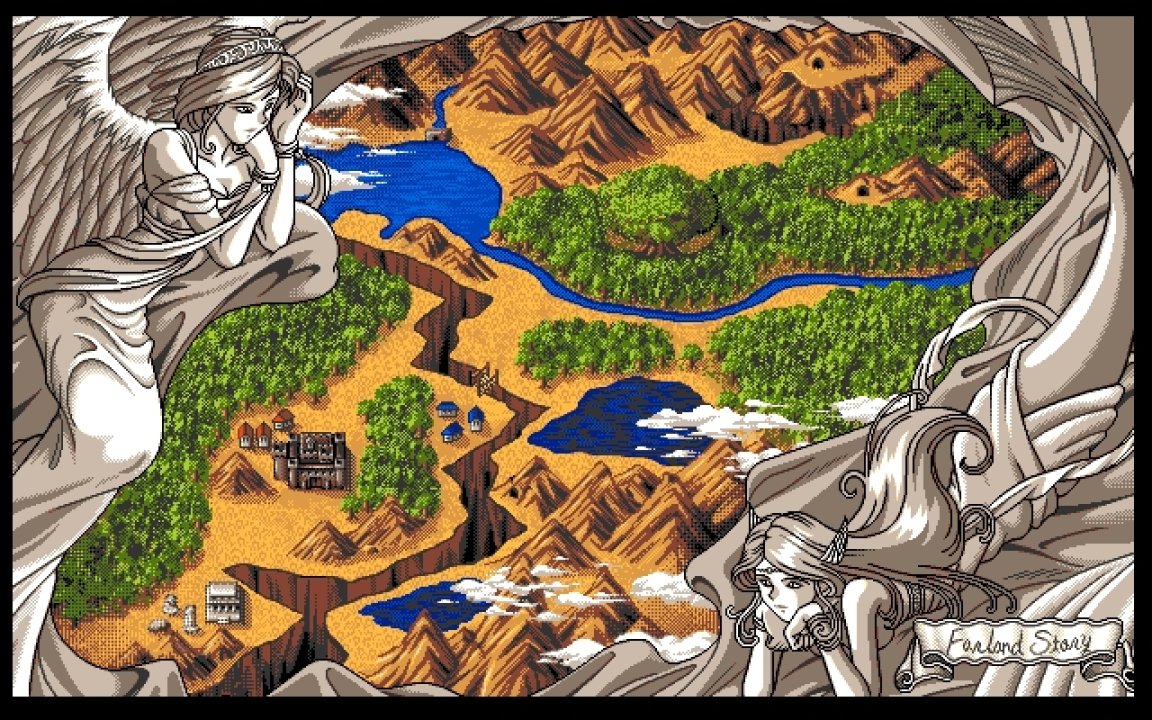 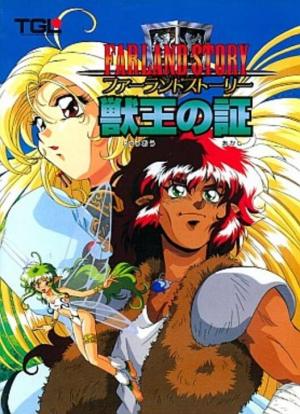 Farland Story: Juuou no Akashi is the seventh entry in the Farland Story series, and the final installment for the PC-98. Like its predecessor, Juuou no Akashi brings the familiar, light tactics gameplay of the rest of the series to a brand-new setting. This world is filled with the descendants of beast-gods, who can transform into the animal of their tribe. You play as Van, the son of the chief of the Lion Tribe, who meets a human princess trying to lift the curse a beastman placed on her father. Van recruits a colorful cast of characters from the various beast tribes, as well as humans, fairies, elves, and vampires. As in the rest of the series, the game is split between lengthy dialogue scenes and top-down turn-based tactical battles. In battle, you issue commands to each of your units to move, attack, and cast spells, and the enemies do the same on their turn. Each character earns experience immediately after attacking or counter-attacking, and can pick up weapons from the defeated enemies. Like in the previous installment, each character has a unique ability, like a stealth mode, or diving to move quickly in water, or causing an earthquake. In addition, beast characters can transform in and out of their animal form to alter their statistics and abilities. 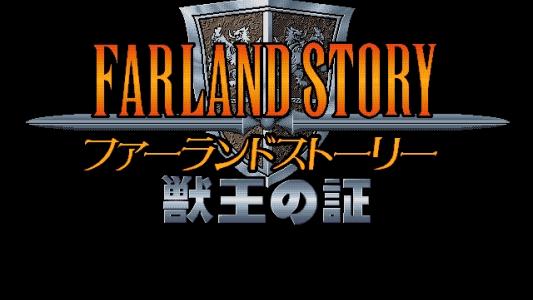 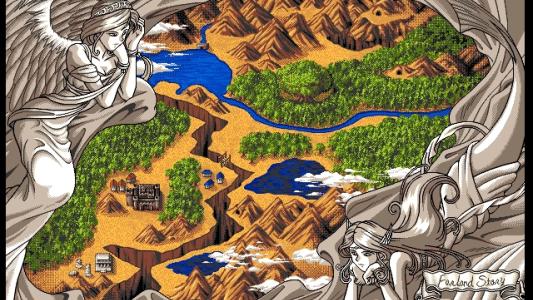