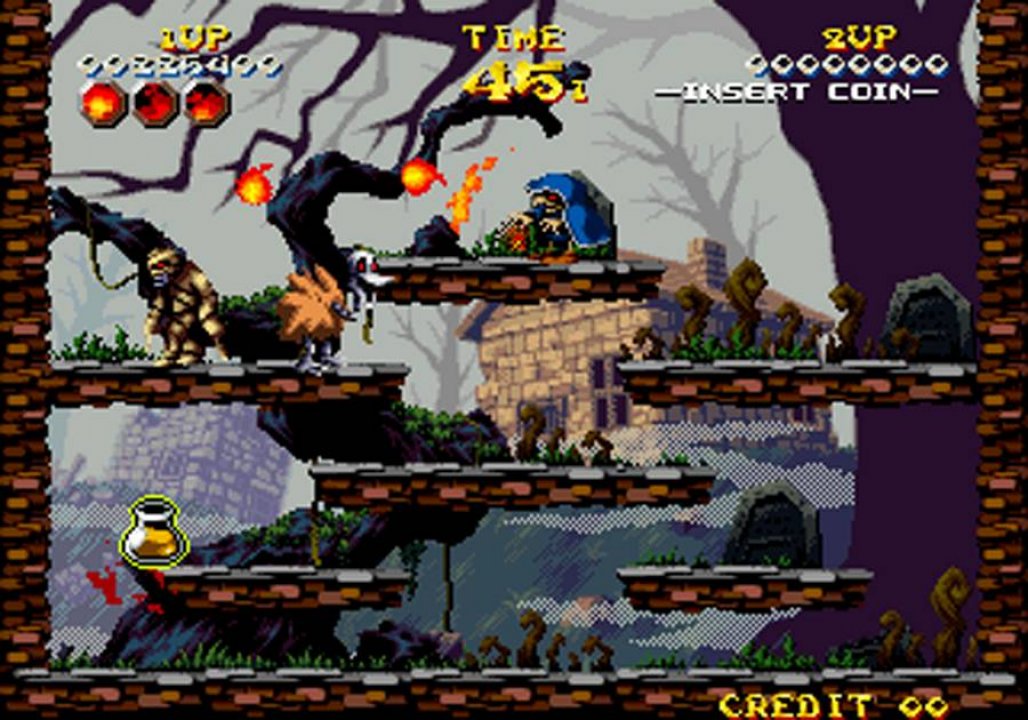 Nightmare in the Dark

Nightmare in the Dark is a platform game released in 2000 by SNK in arcades and never released for home consoles. It concerns the story of a gravedigger discovering a few graves being desecrated, and his attempt to prevent the graverobbers from inflicting further damage. There lived one gravedigger at a very small village in a remote region. He lived a quiet, solitary life in a corner of the cemetery. He kept away from the village people due to his very ugly appearance. One day, he found the graves were ransacked and some corpses were stolen. He didn't want the village people to find out, so he decided to eliminate the grave burglars by himself. Thus, he patrolled the cemetery every night. A good ghoul goes around graveyards protecting them from evil doers. The player clears the area and collecting power ups using it to eliminate the enemies. There are five stages with five levels each, and each one of them has you throwing fireballs at ghouls, ghosts, goblins, and zombies. When you keep throwing fireballs at these enemies, they will ignite into a giant fireball, which you can throw at other enemies to kill them, and get the remaining treasure before moving on to the next level. At the end of the fifth level, a boss must be defeated in order to continue the game. 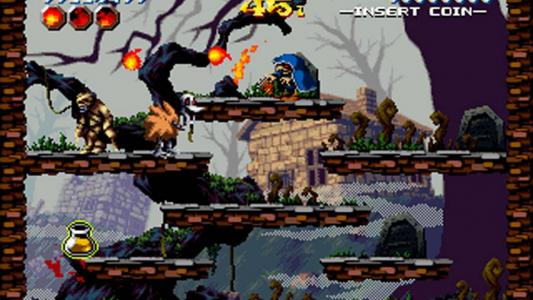