This is a purist’s enhancement of Pokémon Red/Blue/Green. The goal is to enhance the original games for excellent replayability without bringing in mechanics, moves, sprites, visuals, type matchups, or Pokémon that were introduced in later games. The 2.0 version is based on the disassembly and has hundreds of new optional features / fixes! It makes the bulk of the 151 original Pokémon all more obtainable and usable in the early game, with better movesets and more balanced stats. Many moves in the game were rebalanced or modified. When I say “rebalanced”, I mean “the useless things were made more useful!” There are more bug, poison, and ghost type moves available. The focus is on getting a useful set of moves available for every single Pokémon in the game. Front sprites were updated to be just about the best set of sprites from Red/Green/Blue/Spaceworld 1997 overall. All 151 Pokémon are obtainable in all versions of this hack. Many small quality-of-life tweaks and bugfixes were made. Game bugs that can be used to your own advantage (like the leech seed/toxic bug, the hyper beam no recharge on faint bug, etc.) are unchanged, because they are quirks of the battle engine that you can use as your own tool. Mew is under the truck as expected! Missingno and the item duplication glitch are intact - but won’t corrupt your save anymore! Many options to enhance the game visually and mechanically were added. **(You must turn them on via the options in-game!)** Including: Switchable color palettes (Choose between original colors, Super Gameboy Colors, or Pokémon Yellow Colors in-game whenever you like! Works on GBC and Super Gameboy. Yes, this romhack has GBC support!) Optional Spaceworld 1997 Back Sprites Optional enhanced menu sprites/overworld icons Optional stereo panned audio (Similar to the Earphone1 option in Pokémon Yellow) Optional alternate color palette Pokémon based on region (catch differently colored Pokémon depending on where they appear in Kanto) Option to turn off the bicycle song (plays in cycling road still) Tweak the type matchups to be exactly like gen 1, gen 2, or a cross between them if you like directly in-game. Optional in-battle experience bar Option to give trainers some Stat EXP to their Pokémon based on level. Makes the game a little bit harder. If you’re playing on GBC and have the palettes set to SGB or GBC mode, move animations will have colors! Surf will be blue, ember will be red, etc. There are a couple entirely new things added into the game to facilitate quality of life fixes. Including: An NPC who can permanently remove CUT trees. An NPC who can revive fossils for you in SAFFRON CITY so you can get fossil Pokémon a bit earlier. An NPC who will give you LAPRAS a bit earlier in the game. Although there are 3 versions of this hack for Red, Blue, and Green, they only differ in title screen/intro visuals. Whatever color you like best is the one you should use! 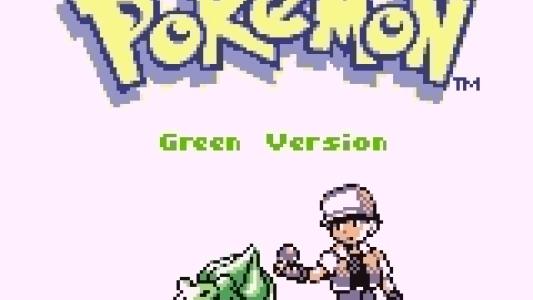