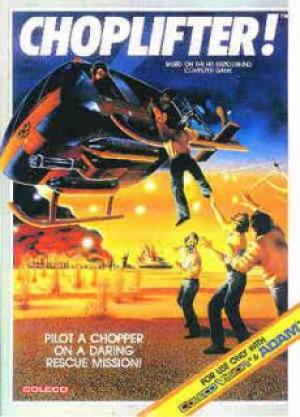 In Choplifter, the player assumes the role of a combat helicopter pilot. The player attempts to save hostages being held in prisoner of war camps in territory ruled by the evil Bungeling Empire. The player must collect the hostages and transport them safely to the nearby friendly base, all the while fighting off hostile tanks and other enemy combatants. According to the backstory, the helicopter parts were smuggled into the country described as "mail sorting equipment." Although the Iran hostage crisis ended the year before the game was released, Gorlin has stated "the tie-in with current events was something that never really crossed my mind until we published."