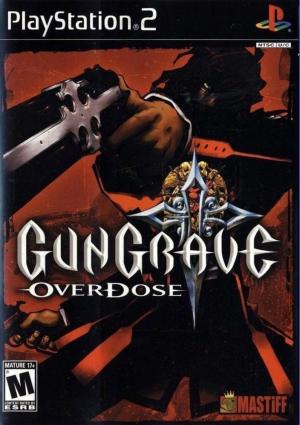 Three years after the events that took place in the original Gungrave, the Corsione family has unleashed the deadly drug SEED upon the populace. Now it's up to Grave, Spike and Mika to follow the trail of SEED back to its source and eradicate it once and for all. Much like its predecessor, Gungrave: Overdose offers up several action-packed levels that simply don't allow the player to let up on the fire button. This sequel ups the ante with even larger hordes of enemies to blast through along with a slew of destructible environments to wreak havoc in. Along the way, Grave will team up with newcomers Juji and Billy. Juji fights using a unique combination of close-range guns and swordplay, while Billy defeats his enemies with the sheer power of his electric guitar.