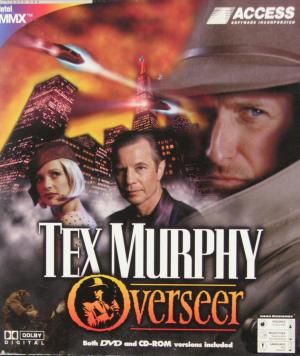 The general storyline of Overseer is similar to that of Mean Streets, the first game in Tex Murphy series, but it is told in a much more detailed way; gameplay style and locations are for the most part completely different. The gameplay system is similar to the one first implemented in Under a Killing Moon. The player can move around in a fully 3D environment, which can be viewed from different positions and angles at any time. Dialogues and cutscenes feature live actors. There are a number of puzzles to solve in Overseer, but in-game help is available if players find them too difficult.