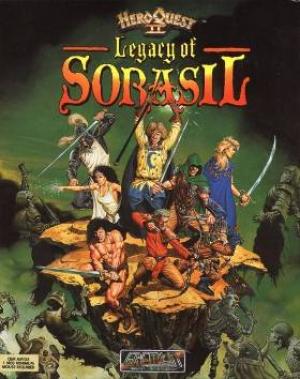 The isometric role-playing game engine of the original Hero Quest license is reused in this sequel, set in the evil-infested land of Rhia. There are now 9 large missions to take on, with a largely linear progression in the order these are played. You can choose a team of 4 from 8 character classes, adding rangers, mystics, elves and clerics to the original game's 4. The exact abilities of these can be customized before you start. The game is controlled using action icons at the bottom of a screen to set the basic instructions to move, fight, open doors, search for keys and so on. Characters can move individually, allowing for diverse strategies based on the specific strengths and weaknesses of these characters.