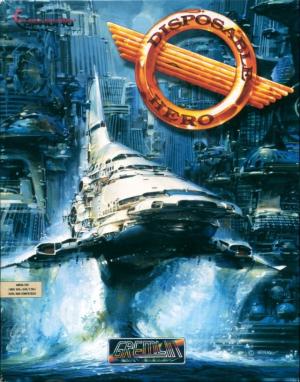 This horizontally scrolling R-Type-influenced shoot 'em up features 5 levels to blast through, with bosses at the end of each level as well as tough mini-bosses as you go through it. There are four difficulty levels, with the easiest acting as a trainer, as you can't reach the final level or complete the game properly with it. You can customize exactly how loud the music and sound effects are relative to each other, and there lots of subtle visual effects, such as a smoke haze coming off your ship as it incurs gradual damage.