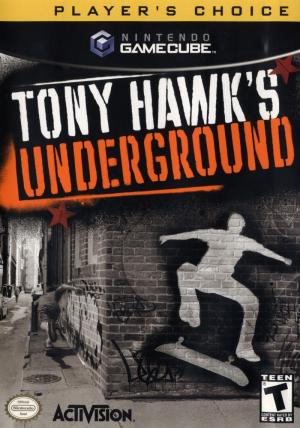 Activision's definitive skateboarding game returns on the PlayStation 2, GameCube, Xbox, Game Boy Advance and PC with Tony Hawk's Underground. In a departure from former games in the series, Underground gives players the chance to take an ambitious non-pro skater from an unknown, to superstar status. For the first time in the series, players will be able to get off their board and explore the expansive levels on foot, or in a vehicle. Customize the look of your skater, your skater's tricks, and even create custom skateparks. Tony Hawk's Underground features nine sprawling courses, as well as a level of freedom and customization that is unprecedented in the popular series.