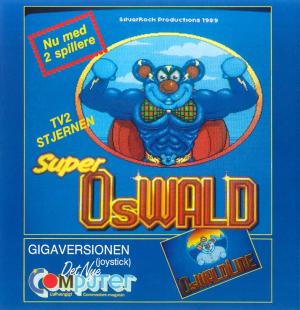 OsWALD, also known as OsWALD Of The Ice Floes, is a 1988 Danish computer game for Amiga and Commodore 64. The game was designed by Ivan Sølvason for use as a game controlled over a push-button telephone, for Danish TV2's Friday night prime time program Eleva2ren. The game sold well in Denmark due to the exposure in Eleva2ren. Sølvason later designed Hugo the TV Troll, also for Eleva2ren and using the same push-button telephone concept.