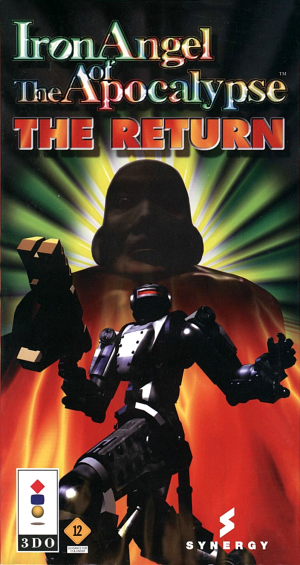 Iron Angel of the Apocalypse: The Return

Tetsujin returns in this sequel to Iron Angel of the Apocalypse. The story picks up shortly after the events of the previous game. After his showdown with the Scientist and the Android, Tetsujin finds himself disembodied. A mysterious corporation known as SCR gives you a new body, but their plans for your are mysterious. The format of this game is mostly similar to the first. This is a first person shooter that relies heavily on video cutscenes to tell a story. The graphics engine has been improved greatly, giving this game a much faster pace than it's predecessor. Whereas the original used a combination of live actors and CG, this one uses CG to depict the humans as well.