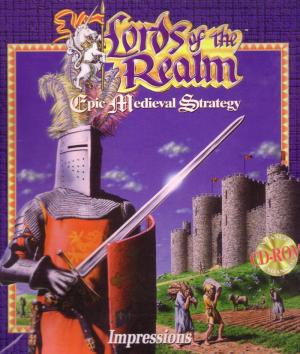 Lords of the Realm

The game takes place in a medieval setting, with several characters warring for the right to be either King of England, or King of Germany. Players manage their armies as well as their land and population, build and lay siege to castles, and generally attempt to crush their enemies. Battles between armies take place in a real-time environment, similar to real-time strategy games, with players able to control individual units as well as control them as a group, during which units would group into formations. Players may also choose to allow the computer to determine the outcome of the battle. The game also features a small castle-building portion.